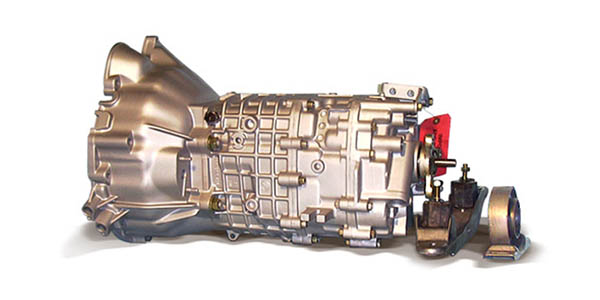 Rather than just “rebuilding”, we have actually ‘re-engineered” the BMW Manual Transmission. This is true of our 265 build as well. In general, the BMW Getrag transmissions are quite strong but they have had two areas where improvements are possible. In solving these two problems we have produced a very strong, long lasting transmission.

There is considerably more to what makes our rebuilt transmissions so sound than simply substituting superior parts and re-engineering. Even two gearboxes of the same year and model can be quite different, not only with respect to how they shift but also as to the actual dimensions of their parts. That’s why each gearbox should be “set up” to its own particular specifications – to insure that it performs at it’s individual best.

Bearings and their Shimming

Just as no two transmissions perform or “feel” the same, neither should they all be shimmed alike. At Metric Mechanic, we assemble and shim each transmission according to the exact dimensions of the parts actually involved. Also, we use Viton Seals on the Input and Output shafts of our 265 Rebuild – not the neoprene seal.

We are frequently asked to sell various parts used in rebuilding our transmissions. Aside from the fact that we are not a parts seller, parts alone will not result in a Metric Mechanic 265 rebuild. We have devised an entire sequence of machining steps that we have used since the 1980s and these, we hold “close to our vest”.

The 280 Getrag transmission was used behind the S38/S88 engine in the first generation E24/M6 and E28 & E34/M5 from 1985 to 1995. Back in 1987 when the BMW M Cars were first introduced to the United States, BMW’s warranty was something like: 2 years or 24,000 miles – whichever came first. Just out of warranty, we started started getting 280 transmissions in for rebuilding. Most of the same tools and methods we had developed to build the earlier 265 Getrag applied to the 280. By this time, we had established a good reputation and had a better warranty than BMW.

Once, the 280 transmissions started getting up in age, we started getting a number of these transmissions coming in that had run out of oil. The input shaft bearing along with 4th gear would be burned up and the transmission would be junk (not rebuildable). Often, the 280 Getrag was run out oil, because the oil fill plug put the oil level too low in the transmission and the Neoprene output shaft seal tended to leak. We fixed the leak by going with a Viton output shaft seal, that we use in all of our Ultimate transmissions. The oil level being too low in the transmission due to the oil fill plug location, takes a bit of explaining: The 280 Getrag uses the front and rear case sections from a 260 Getrag with an intermediate case sandwiched in the middle. The oil fill plug  instead of being in front case section, as it is in a 260, is located in the intermediate case and sits lower. So, the oil level sits slightly lower in a 280 than it does in a 260 Getrag. This reduces the amount of oil that can be splash fed to the gears and bearings, making it more prone to failure when combined with a leaking output shaft seal.

After awhile, we could not find any good used 280 transmissions that could be rebuilt. A transmission rebuild is only as good as the core. In other words, you can’t turn a loud burned up 280 into a quiet perfect transmission. Also, it was just not worth it to make custom brass shift forks and tooth type synchronizers for such a limited transmission. At this point we stopped building the Getrag 280 Transmission. Alias: “280 GET-TRASH”.

In 1995, one of our employee’s bought an M5 with a bad 280 Getrag transmission. We looked at converting to a 265 Getrag. The internals of the Getrag 280 and 265 are very similar. The Getrag 265 is about  5/8″ (15mm) longer than a 280. During the rebuild of the 265  transmission, the output shaft was shortened, so the driveshaft wouldn’t need to be cut. We developed and fabricated parts to do the conversion. In the end, we made a conversion from the stock 280 to a MM Ultimate Getrag 265 that was a straight forward swap. What makes this conversion so good is that the 265 has a history for being reliable, gets rid of all the problems found in the 280, and they’re available.

The 280 Getrag was used in all first generation M5/M6 & M635 (Euro) models that used the S38/B35&B36 and S88 (Euro) engines. The Getrag 280 can best be described as a hybrid of a Getrag 260 and 265 transmission. The front and back transmission case sections come from a later 260. Like the 260, the shift forks are aluminum and wear out prematurely. Also, like the late 260, the teeth on the operating sleeve and gear engagement teeth on 2nd and 3rd gear are asymmetrical. This design makes for weaker up shifts, causing the synchronizers to grind in 2nd and/or 3rd, but does promote better synchronization when down shifting. The gear set layout looks similar to a 265 Getrag. BMW no longer sells the 280 Getrag.

The 265 Getrag uses brass shift forks that never wear out. The operating sleeves have symmetrical teeth, along with the gear engagement teeth. Because the 265 was used in more mainstream models, it’s much easier to find rebuildable transmission cores.

Our MM Ultimate 265 Getrag transmissions can be shifted more briskly and have a stellar reputation for reliability. They are not to be confused with a conventional rebuild.

When building an MM Ultimate 265 Getrag transmission we do the following extra steps beyond a conventional rebuild.

-We perform up to 24 machining steps, that make the synchronizer clutch in harder on the gear cone. *This not only allows you to go into gear quicker,  but it also greatly extends the wear life of the synchronizer.

-We “blue print” each synchronizer to it’s respective gear cone. We check the synchronizer for rock. We then deglaze the synchro and cone to create the right drag coefficient.

-We “blue print” the shimming on all bearings for zero end play.

-Tapered roller bearings can be added ($300 up charge) to the lay shaft for greater load carrying capacity, when used behind high output or boosted engines. With optional tapered roller bearings, our Ultimate 265 Getrag can take about 650 ft/lbs of torque going into the input shaft.

*The MM Ultimate 265 Getrag transmission comes with a 2 year warranty.

The Getrag 280 to the MM Ultimate Getrag 265 conversion come with the following:

-Guibo with bolts and nuts

*The Getrag 280 to the MM Ultimate Getrag 265 conversion, with a 2 year warranty, sells outright for $4995 plus shipping.

*The conversion with a used Getrag 265 that has been cleaned, inspected, resealed, and bench tested sells for $2995 plus shipping.